Here at Miami Seaquarium, we are passionate about environmental protection, science and conservation. 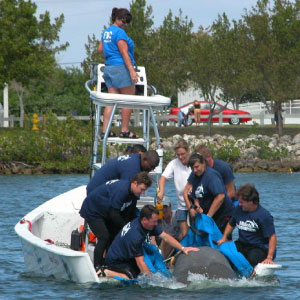 Miami Seaquarium® is committed to wildlife conservation and the rescue, rehabilitation and release of distressed marine mammals. This commitment began even before the park first opened its doors. In July of 1955, the park's conservation work began when Maime, a 3 week old, 47 pound manatee was rescued after being injured.

Miami Seaquarium® is one of only three facilities in the State of Florida with a letter of authorization from the US Fish and Wildlife Service as a Manatee Critical Care Facility. The park's highly trained animal rescue team includes divers, staff veterinarians and animal caretakers who are on call 24 hours a day, seven days a week.

As a part of its commitment to conservation, Miami Seaquarium® has documented many firsts in the area of manatee care in its 60-year history. These 'firsts' include: